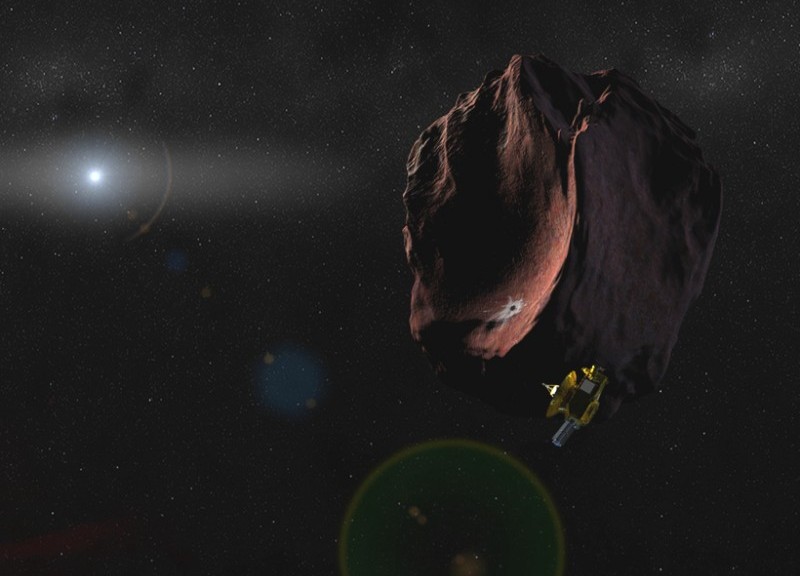 Looking forward to New Year’s 2019: Plans to visit a pristine relic from the birth of the planets

David Nesvorny of the Southwest Research Institute in Boulder, Colorado and Alessandro Morbidelli of the Observatoire de la Cote d’Azur in Nice, France, began their simulations with the assumption that the Solar System was initially much more compact than it is now. That view of the youthful Solar System, known as the Nice model, can account for much of the present-day architecture of the outer Solar System.

But it’s not a perfect model. When the researchers started out with only four giant planets—the Solar System’s present-day allotment—things went terribly wrong. One of the four bodies would often get ejected, the terrestrial planets would sometimes collide with each other, or Jupiter’s orbit would not have the correct shape.

To Nesvorny’s surprise, when he and Morbidelli put in a fifth giant planet, the simulations looked much better. The gravitational interactions of the extra planet ended up preserving the terrestrial planets and Jupiter ultimately expelled the body, leaving the Solar System as it is today.

Additional information about this research and the similar earlier research is found in the full article.

Although there is wide consensus on the theory that the moon formed through the collision of Earth and another object, the specifics of that theory are still not certain. And two new papers published in Science present two new significantly different takes on those specifics.