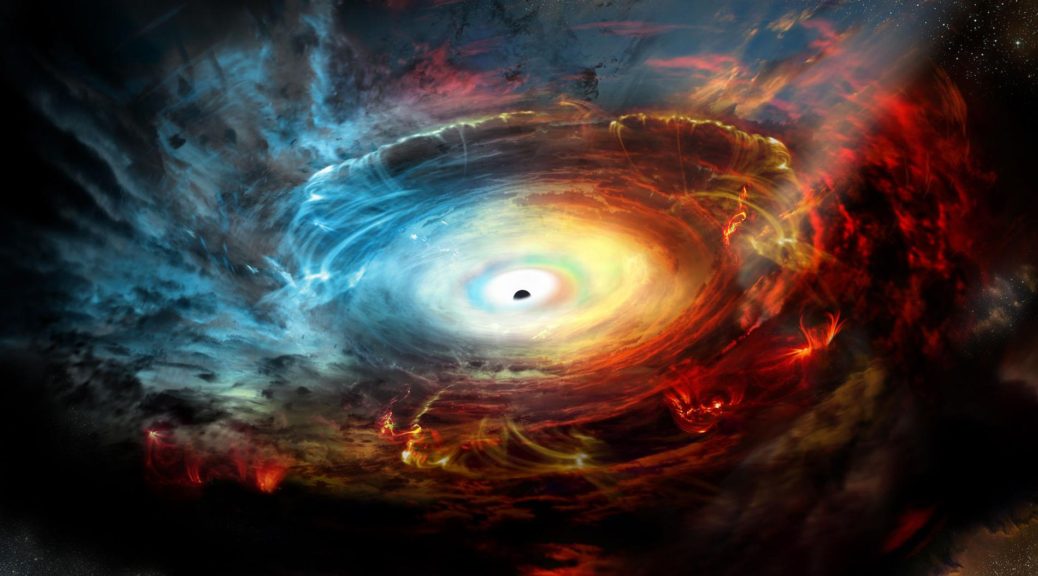 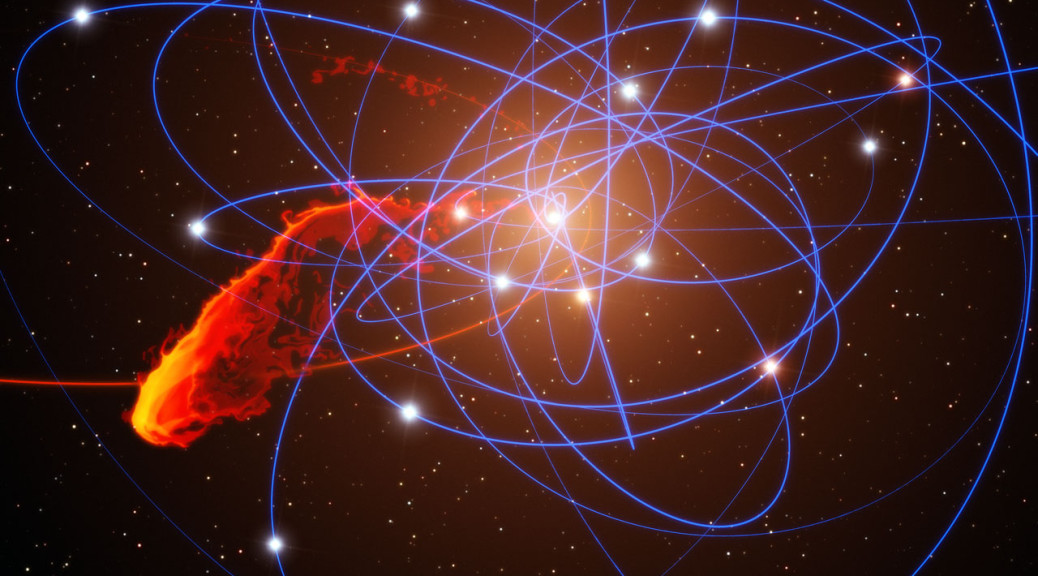 The light show that wasn’t

Why our supermassive black hole is such a picky eater

Recent modeling work done at the Harvard-Smithsonian Center for Astrophysics suggests that a gas cloud moving toward Sagittarius A*, a supermassive black hole at the Milky Way’s center, could be forming planets. If that’s the case, then the gas cloud and its potential planets don’t have much time.

From my recent article in Nature:

Regardless of the cloud’s origin, it could take decades for the whole of it to plunge into the black hole. Material could start falling onto a swirling accretion disk surrounding the black hole by the end of 2013 and continue for 20–40 years, says astronomer Andreas Burkert of the Ludwig Maximilians University in Munich, Germany, another member of the cloud-discovery team.

When the plunge into the black hole begins—as soon as next summer—there will be an accompanying light show (see artist’s rendition at the bottom of this post):

The activity could come in bursts or appear as a steady brightening, and could also include a jet of hot gas shooting out of the black hole, says Burkert. The nature of the light show could help researchers to answer an enduring puzzle — why Sagittarius A* is so quiescent compared with other supermassive black holes,seemingly not having guzzled a substantial meal of gas and stars for years. But even before it dives into the black hole, the gas will heat up and glow brightly — at around the time of the cloud’s closest approach to Sagittarius A* next summer, Loeb says.