NPR’s Science Friday invited me to talk about exoplanets and the 2012 Winter meeting of the American Astronomical Society:

At a meeting of the American Astronomical Society, scientists talked about mapping dark matter, measuring the ‘graininess’ of spacetime, and discovering the smallest exoplanets ever, using the Kepler space telescope. Ron Cowen, who reported on the meeting for Nature, discusses those findings.

Go ahead and listen to me with Ira Flatow on the Science Friday Web site! 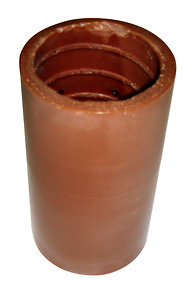 When we think of good vibrations, we usually don’t consider the vibrations made by stars. But a recent wave of work in asteroseismology is doing just that to break ground in our understanding of stellar structures. Due to the movement and changing temperatures of surface gas, a star pulses and vibrates. Those pulses and vibrations in the structure of the star provides insight about the star’s internal structure. From my Nature article Kepler’s surprise: The sounds of the stars:

…the vibrations penetrate deep into the stellar interior and become resonating tones that reveal the star’s size, composition and mass. So by watching for the characteristic fluctuations in brightness, says [University of Birmingham, UK, astrophysicist William] Chaplin, “we can literally build up a picture of what the inside of a star looks like”.

Better still, he adds, asteroseismologists are now hauling in the data wholesale. After years of being hampered by Earth’s turbulent atmosphere, which obscures the view of the Universe and has limited asteroseismology to about 20 of the brightest nearby stars, researchers have been astonished by the trove of information coming from a new generation of space observatories. Thanks to the French-led Convection, Rotation and Planetary Transits (COROT) space telescope, launched in 2006, and NASA’s Kepler space telescope, launched in 2009, they can now listen in on hundreds of stars at a time.

“We are in a golden age for the study of stellar structure and evolution,” says Hans Kjeldsen, an astronomer at Aarhus University in Denmark.

Read the rest of the article on Nature to learn more about the discoveries and future research of asteroseismologists.